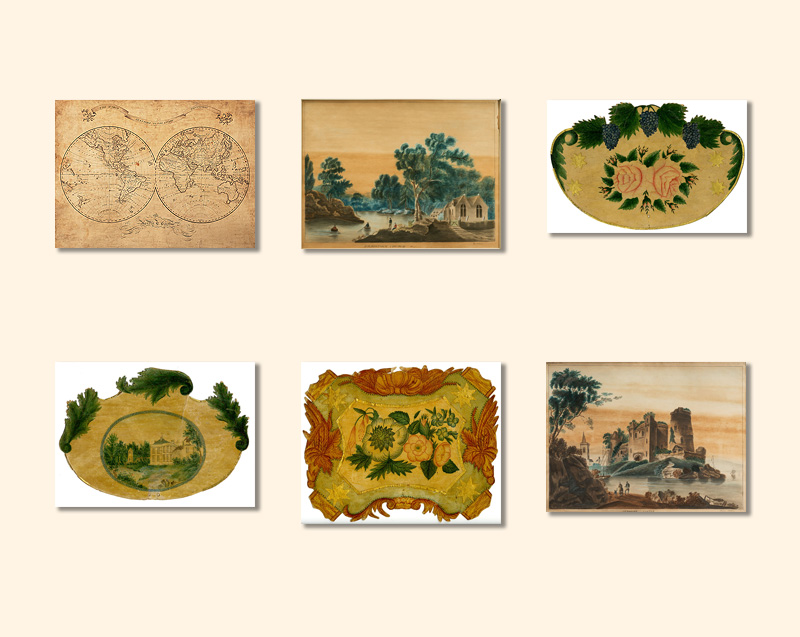 In the early 19th century, academies were similar to today's private high schools. They provided a fuller education than the public schools in that they offered religious instruction, higher mathematics, sciences such as astronomy, and the classical languages. Some academies were coeducational and some were not, but in all cases the courses offered to young ladies differed a bit from those offered to young men. Aside from learning mathematics, geography, and English grammar, young ladies might also receive instruction in the ornamental arts (today called "schoolgirl art") such as painting, drawing, or embroidery. In 1813, at the age of 17, Orra White became a preceptress (headmistress) at the coeducational Deerfield Academy. Her students ranged from teenage girls to young women in their mid-20s whom she taught drawing, painting, exact sciences, and map-making. Orra would put all of these skills to great use herself once she married fellow Deerfield Academy preceptor Edward Hitchcock, and began illustrating their botanical and geological findings and creating graphics and charts for Edward to use when he became a professor at Amherst College. In this slideshow are samples of schoolgirl art from Deerfield Academy. All were created by Orra White's students.