Dinosaurs in the Valley 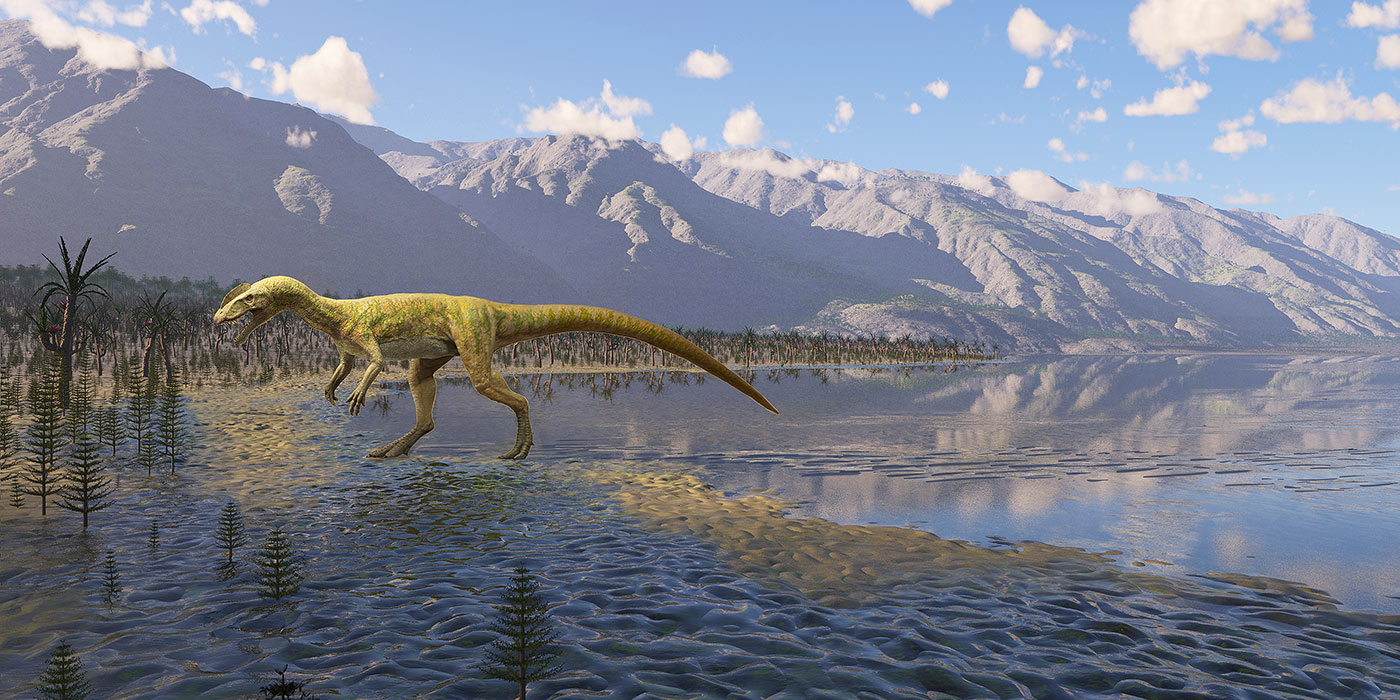 Here are four depictions by the artist Will Sillin of Late Triassic and Early Jurassic landscapes in the area that about 200 million years later became the Massachusetts and Connecticut sections of the Connecticut River Valley.

Will is primarily a landscape artist whose love of science (and dinosaurs) led him to add landscape paleoartist to his repertoire. He has created murals of the Late Triassic and Early Jurassic for Dinosaur State Park in Rocky Hill, Connecticut, and the Beneski Museum of Natural History at Amherst College in Amherst, Massachusetts. He is currently designing a mural and installation for the ichnofossil collection of the Great Falls Discovery Center in Turners Falls, Massachusetts.

Will researches his subject and consults with paleontologists as he prepares his paintings. Sometimes this means that his depictions change to reflect new understandings of dinosaurs. One such change is evident in this slideshow. In response to increasing evidence for feathered dinosaurs, though none yet for Dilophosaurus, we show the Dilophosaurus two ways: In this image, the Dilophosaurus is shown featherless. The last slide shows the same dinosaur with protofeathers.