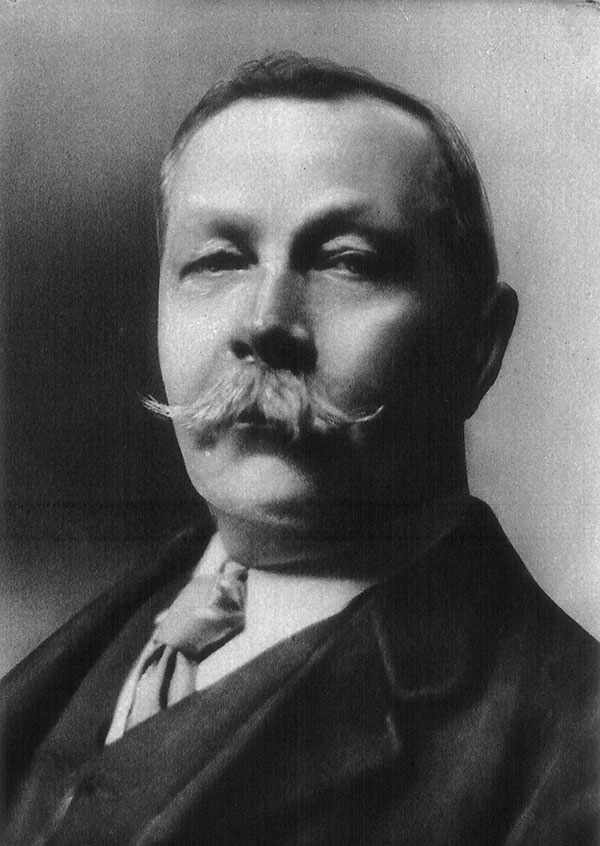 Arthur Conan Doyle was born in Scotland. He studied medicine at the University of Edinburgh, served as surgeon on a whaling ship and a medical officer on a steamer, and he had his own medical practice.

Known mostly as the author of the Sherlock Holmes stories, he also wrote a novel called The Lost World, about an expedition to a South America where, as he imagined in the story, dinosaurs might still exist. Published in 1914, the book was made into a movie in 1925. It has only recently come to light that the director, Harry Hoyt, and one of the actors, Harry's brother Arthur Hoyt, were descendants of Epaphras Hoyt, the uncle who had such an influence on Edward Hitchcock.