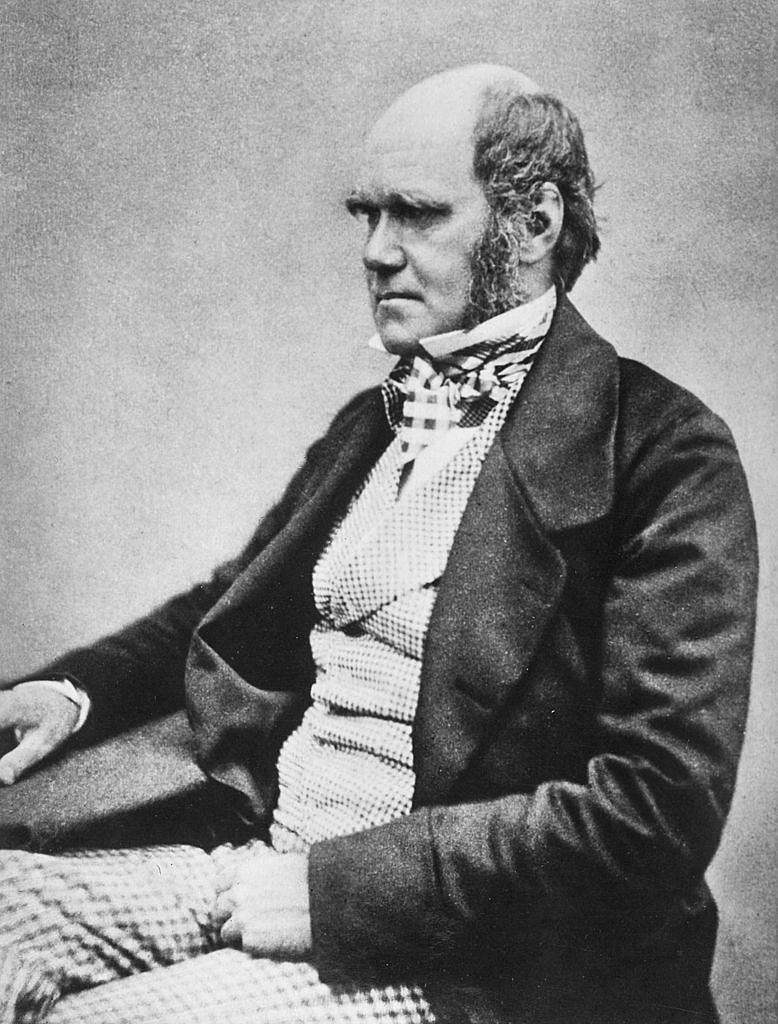 Charles Darwin hardly needs an introduction. He is known worldwide as a brilliant naturalist, geologist, zoologist, psychologist, philosopher, and botanist,  and of course for his theory of evolution. He was born in Shrewsbury, England, and attended Edinburgh University to study medicine. However, he soon changed his mind and entered Christ’s College in Cambridge instead, thinking he would become a minister. While there he also studied botany and geology, which he continued after leaving Christ’s College. This was followed by five years (1831-1836) spent aboard the survey ship The Beagle, where he studied zoology and geology as he traveled around the world. Voyage of the Beagle (first published as Journal of Researches) is the diary he kept of his geological findings during those five years. The Zoology of the Voyage of H. M. S. Beagle followed a few years later.

While on the Beagle, Darwin read the newly published geological works of Charles Lyell, which expanded on the simple but powerful idea that the Earth was shaped by small, slow changes occurring through ordinary processes of erosion and deposition taking place over a vast amount of time, rather than through short, catastrophic events such as floods, earthquakes, and volcanic eruptions. The two men became friends when Darwin returned from his voyage, and remained close throughout their lives. Lyell’s uniformitarian description of geological processes allowed for millions of years of “deep time” needed to accommodate Darwin’s theory about the role of natural selection in species evolution, published as On the Origin of Species in 1859.

Darwin married his cousin Emma Wedgwood in 1839. They had ten children, eight of whom lived to adulthood. He died on April 19, 1882, and is buried in Westminster Abbey.