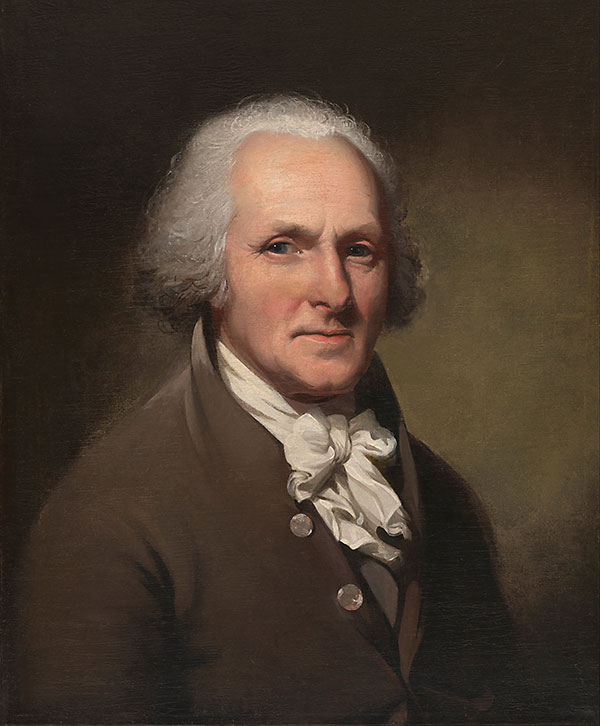 Charles Willson Peale is best known as a very popular portrait artist who was active in the last half of the 18th century. He was born in Maryland and was first a saddler, watchmaker, and silversmith, before becoming an artist. He studied under John Singleton Copley and then moved to England for three years to study under the American painter Benjamin West. In 1786, he founded Peale’s Museum, which later became the Philadelphia Museum. It housed not only his paintings, but interesting technological items and a natural history display as well. The most famous item was the skeleton of a mastodon, uncovered in 1801 near Albany, New York. Peale presided over the dig and in 1806 created a painting of the find, entitled “Exhuming the Mastodon.”