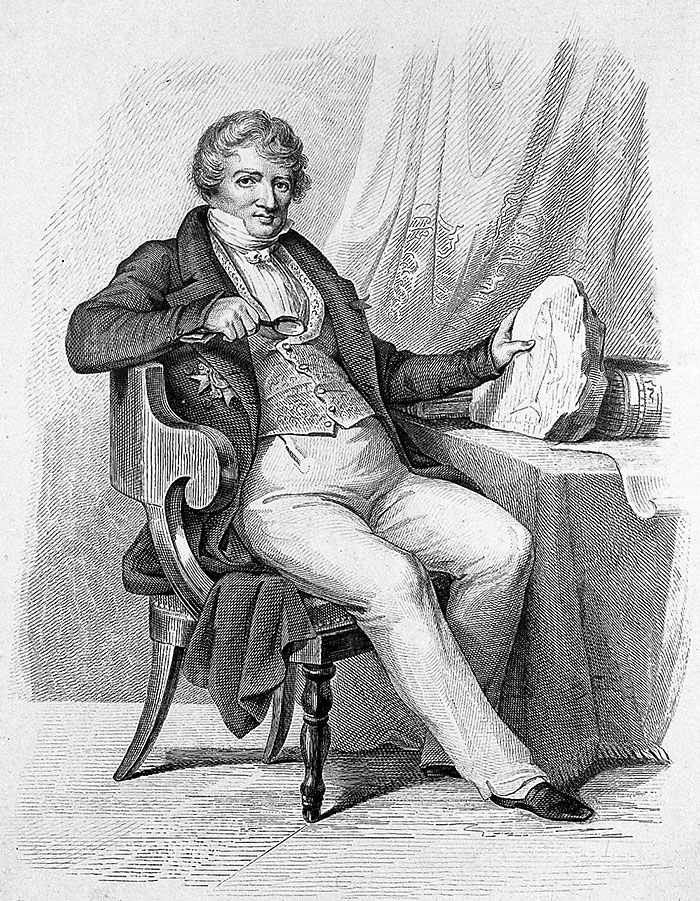 Georges Cuvier was a French naturalist, considered the greatest European anatomist of the late 18th and early 19th centuries and the founder of the field of vertebrate paleontology. He was a professor of animal anatomy at the Museé National d’Histoire Naturelle in Paris, lectured on the history of science, and held several governmental positions including inspector-general of education and state councillor.

Cuvier proved that life forms could become extinct, countering beliefs that God would never destroy anything that He had created. Cuvier theorized that “revolutions” (catastrophic events) such as floods occurred naturally and periodically, causing the extinction of some species.

Through his extensive work in the field of animal anatomy, Cuvier was a master at using fossils to reconstruct organisms. He is responsible for proving that skeletons of large mammals found in Italy were not those of elephants brought there when Hannibal invaded Rome, but were instead the remains of mammoths. Similarly, he recognized another new creature, the mastodon, from bones sent to him from America.

Cuvier exerted enormous influence over his contemporaries in natural history. He was occasionally wrong: he told Gideon Mantell that the tooth Mantell had sent him belonged to a rhinoceros, while Mantell eventually proved it belonged to an entirely new species of creature that he named Iguanadon, after the shape of the tooth.