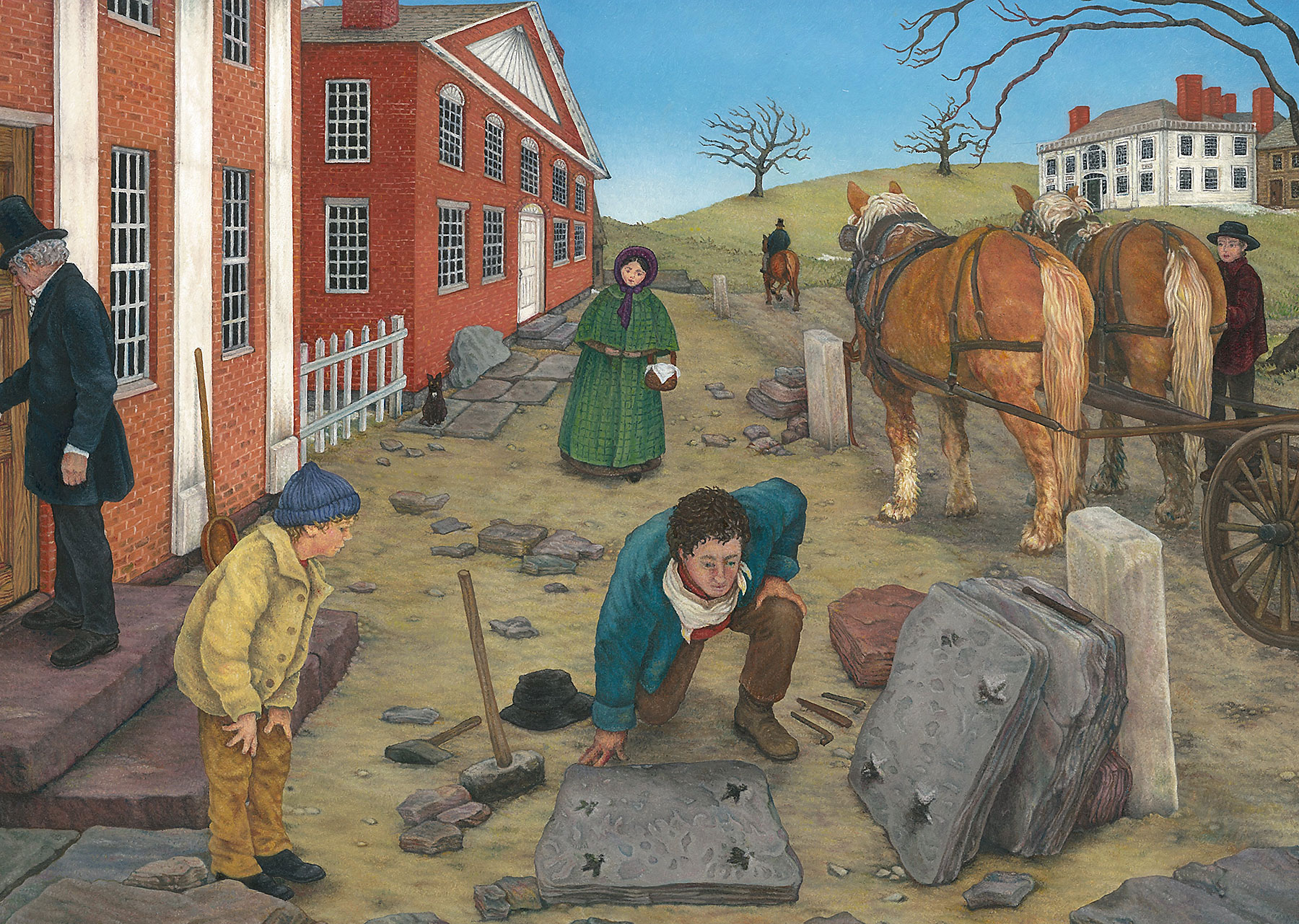 Dexter Marsh finds footprints in a sidewalk slab. Artist Monica Vachula used period maps and images to recreate Federal Street as it would have looked on that March day in 1835.

In early March 1835, in a tiny rural town in western Massachusetts, a laborer’s life took a dramatic turn when he noticed "turkey tracks" in a rock slab he was laying into the sidewalk. His name was Dexter Marsh, and he was so fascinated by his discovery that over the next 18 years, he became a knowledgeable amateur paleontologist and enterprising seller of fossils. Though he continued to be a manual laborer, he also dug up new fossils, learned how to classify them, and sold them to scientists and amateur collectors competing to buy his best specimens. He met elite members in the scientific world and established his name not only in America but in Britain and continental Europe as well. He even built a "cabinet," or museum, to exhibit his fossils and other curios, making it one of the first museums in the country–probably in the world–to display dinosaur footprints.