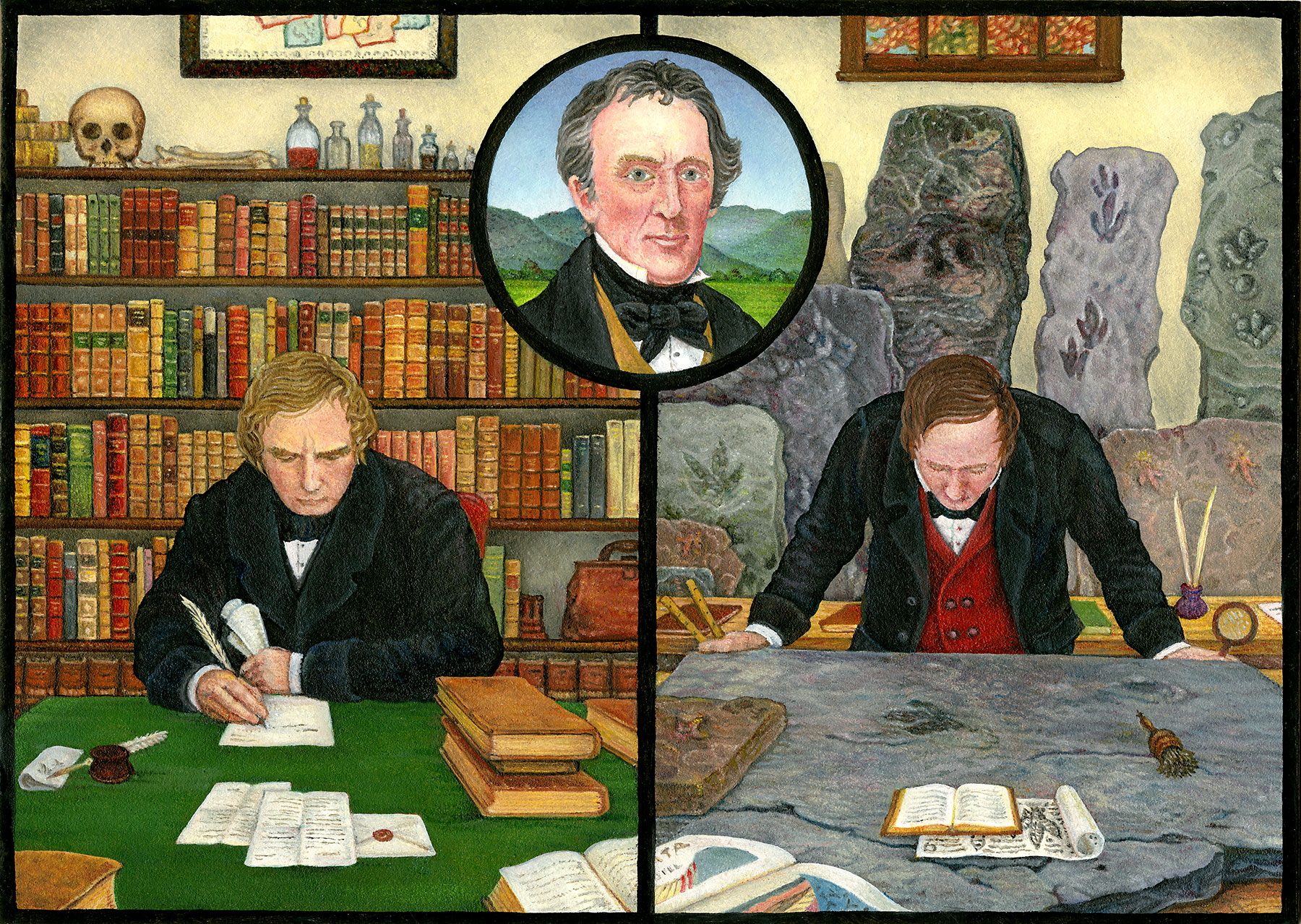 Whose Discovery Was It?

The Tracks in Popular and Scientific Senses

Several people noticed strange “bird tracks” imprinted into sedimentary rocks in western Massachusetts. A physician showed the marks to the state geologist, who studied them and published an article in a scientific journal. A few years later, the physician and the geologist argued over who should get credit for the discovery. Why did a physician with no geological training think the credit should go to him? Why did the geologist stake his claim, knowing that others had seen the footprints before he did?

Scientific discoveries unfold gradually, observations and ideas building one upon the other until a new understanding takes shape. The nature of this process can make it difficult to pinpoint exactly when a discovery is made and who deserves credit for it. Is it the instant someone notices something unusual? Does it matter if the discoverer has professional training, or can an amateur make a discovery by following an intuition? During the period when geology was not yet a fully formed science, these questions were only beginning to be asked. They are still asked today.