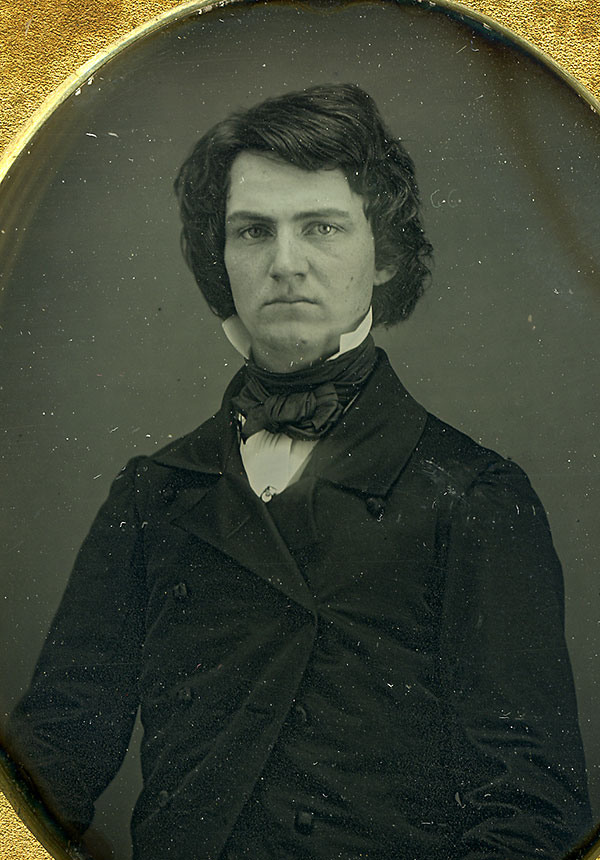 William Austin Dickinson, known as “Austin”, was born and died in Amherst, Massachusetts. He was Emily Dickinson’s oldest sibling. He attended Amherst Academy and Harvard Law School. As a lawyer and member of an established family in Amherst, he became a prominent citizen, active in numerous town affairs. In 1873, he succeeded his father as treasurer for Amherst College. He was one of the visitors to Dexter Marsh’s “cabinet” of curiosities in Greenfield, Massachusetts, a few miles north of Amherst and the home of his future wife, Susan Gilbert.