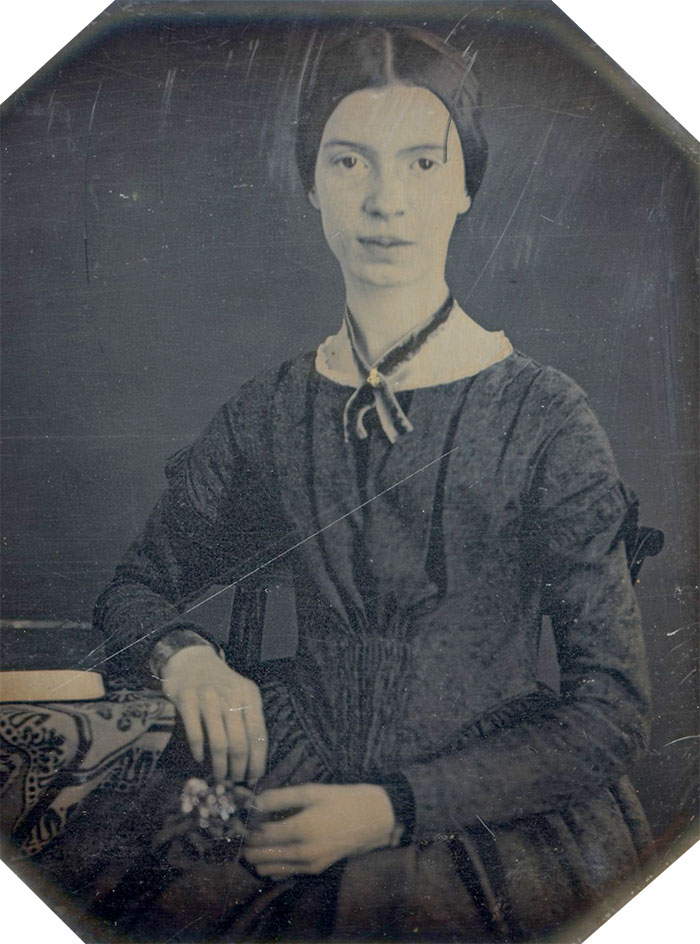 One of the most famous of American poets today, Emily Dickinson was born and spent her entire life in Amherst, Massachusetts. So many books have been written about her that they create a little industry in themselves. Thousands of visitors every year flock to see her home in Amherst, now a museum.

She attended Amherst Academy for seven years, where she studied among other topics, botany and geology. She then attended the Mount Holyoke Female Seminary for a year in 1848. Courses offered there included botany, astronomy, and natural history, all with an emphasis on learning in a laboratory. Mention of volcanoes, bones, microscopes and atoms in Dickinson’s poetry clearly illustrate her interest in the sciences. She once described in a letter to her brother Austin her excitement over working with sulfur in a laboratory.

The Dickinsons and Hitchcocks were family friends and colleagues. Emily’s grandfather, Samuel Dickinson, was one of the founders of Amherst College. Her father, Edward, served as treasurer there and when he died, her brother Austin took on the position. Their work brought them into contact with Edward Hitchcock.

As a student at Amherst Academy, Emily was allowed to attend lectures at Amherst College and it is likely that she did so and attended some of Edward Hitchcock’s lectures. She also used his textbook, Elementary Geology. She and her sister Lavinia were friends with the Hitchcock children. Jane in particular is mentioned, although the connection did not stay strong into adulthood.

As she aged, Emily Dickinson led an increasingly more private life, which, ironically, is part of her fame. Her health began to fail and she died at the age of 55.