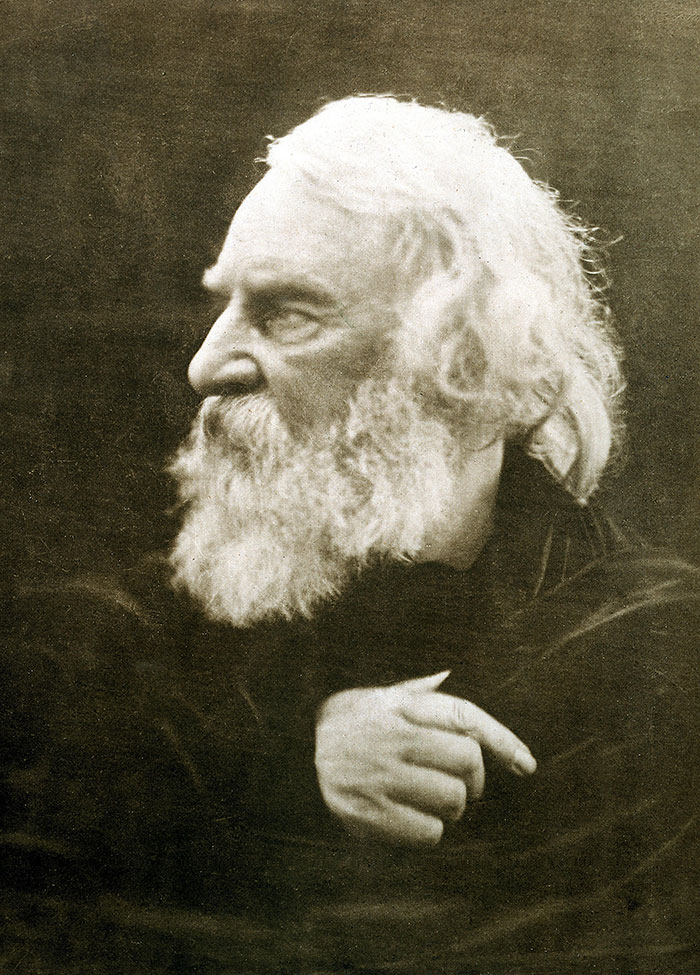 The famous poet Henry Wadsworth Longfellow was born in Portland, Maine. He attended Bowdoin College and after studying languages in Europe for several years, he returned to his alma mater to teach them. Following his first wife’s death, Longfellow began teaching at Harvard College in 1836. He published his first book of poems, Voices of the Night, in 1839. Longfellow eventually remarried and fathered five children who lived to adulthood. In 1854 he turned to writing poetry full time. He is perhaps best remembered for “Paul Revere’s Ride” and “The Song of Hiawatha”. Longfellow was familiar with Edward Hitchcock’s studies of fossil footprints and alluded to them in the poem “To the Driving Cloud”, written in 1845, in which he wondered what would become of the Omaha people and their chief.

“. . . I see thee stalk through the city's
Narrow and populous streets, as once by the margin of rivers
Stalked those birds unknown, that have left us only their footprints.
What, in a few short years, will remain of thy race but the footprints?”

Lives of great men remind us
We can make our lives sublime,
And departing leave behind us
Footprints on the sands of time.

Longfellow was good friends with the Harvard scientist Louis Agassiz, even while, as an abolitionist himself, he disapproved of the latter's racial views.