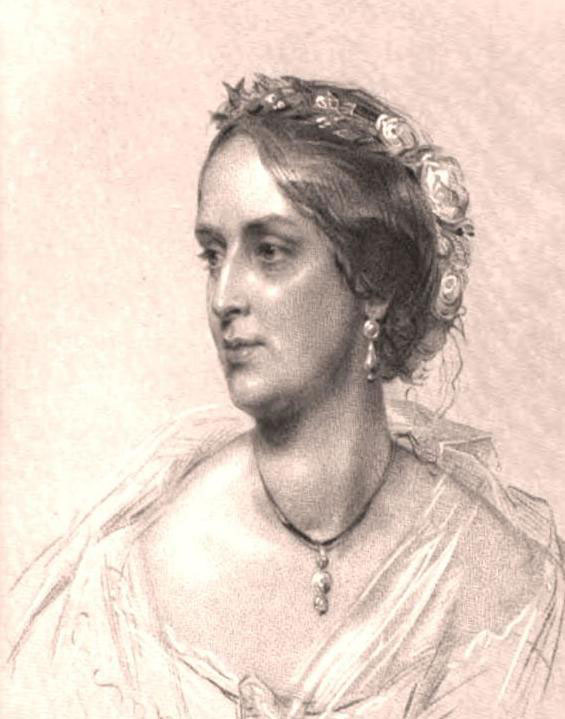 Portrait of Lady Lyell, after a crayon drawing by George Richmond, R.A. It appeared in Life, Letters and Journals of Sir Charles Lyell, opposite pg. 285. Published 1881 in London by John Murray. Image courtesy of Wellcome Library, London.

Mary Horner Lyell was born in Pancras, England, to a geology professor who firmly believed that his daughters should receive as fine an education as his sons. As a result, Mary became a geologist and conchologist and married geologist Charles Lyell, and her sister Katharine became a botanist and married Lyell’s brother Henry.

Mary accompanied Charles in the field, sketching their finds and packing equipment and specimens. At home she catalogued their collections, served as Charles’ secretary as his eyesight weakened, and interpreted letters from geologists in Germany, Spain, France, and Sweden. She attended meetings at the Geological Society of London, provided Charles Darwin with barnacles for his studies, corresponded with Elizabeth Cary Agassiz about the geology of South America, and took active part in geological and other scientific discussions with her husband and Darwin. In addition, in 1854, Mary Lyell conducted her own research on Canary Island land snails that has been compared favorably to Darwin’s study of finches. The Horner crater on Venus was named for her.

The Lyells had cordial professional ties with Edward and Orra Hitchcock. They visited the Hitchcocks in 1842 and again in 1852 during visits to America. The Hitchcocks visited the Lyells' home on their tour of Europe in 1850, when Charles was of solicitous help to Edward as a visiting American scholar. Mary and Orra had much in common in their shared interest in conchology as well as their experiences working with their husbands and their love of geology.