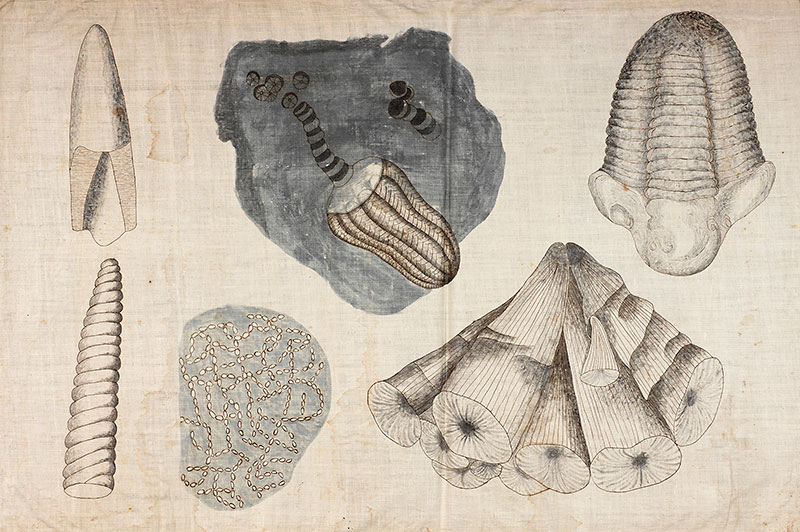 While many avenues to participation in the scientific world were closed to women during the 18th and 19th centuries, a few women in America and Britain were able to make places for themselves and carry on serious scientific work. They tended to come from well-off families who could afford to educate their daughters.

Nearly all women were of white European background, usually English or Scottish. When free African-American women had the leisure and education, they were more likely to go into social activist work or medicine. The first three African-American women to become physicians were Rebecca Lee Crumpler (1831-1895), Rebecca Cole (1845-1922), and Susan McKinney Steward (1847-1918). The first Native American woman physician was an Omaha Indian, Susan La Flesche Picotte. Native Americans had their own long traditions of plant and nature study that had nothing to do with European ideas of classification.

Englishwomen were formally restricted from scientific organizations, but wealth or family connections allowed a few a foot through the door. In 1772, Caroline Herschel (1750-1848) left her parents’ home in Germany to join her brother William in England. She helped him in his growing interest in astronomy. William became the first president of the Royal Astronomical Society at its founding in 1820, but Caroline gained a reputation of her own. She was the first woman to receive honorary membership to the Society, in 1835, more than a decade after her brother’s death. Another woman, the brilliant English astronomer and mathematician Mary Somerville, was honored at the same time for her contributions to astronomy and her scientific publications.

Jane Colden (1724-1766) is the earliest known female botanist in the United States. Jane used the new Linnaean system of classifying plants, and from the Colden home in the Hudson River Valley, carried on correspondence with the most famous botanists of the day. They might not have taken her seriously had her father not been a prominent man, but once they knew her work, they valued Jane on her own merits. Her productive life as a botanist came to an end when she married at age 35.

To date, not many other records have been uncovered of American women active in the sciences during this period. In South Carolina, Martha Daniel Logan (1702-1778) wrote a book on gardening, Martha Laurens Ramsey (1759-1811) experimented with olives as a crop, and Eliza Lucas Pinckney (1722-1793) pioneered producing indigo as a leading cash crop in her state, but none left records of botanical studies per se.

Lessons in drawing and painting at school gave many women an avenue into the natural sciences. Maria Martin Bachman (1796-1863) illustrated backgrounds for John James Audubon’s birds and, more unusually, also illustrated reptiles and insects. Lucy Say (1801-1886) drew shells and hand-colored printed illustrations for her husband Thomas, but when he died, it effectively put an end to her work. She was made honorary member of the Academy of Natural Sciences in 1841, the first woman to be admitted, possibly because she donated her husband’s collections.

Not all such illustrations were done by the scientists' wive, of course. A notice in an 1842 issue of the American Journal of Science announced that, "Miss Agnes Mitchell, artist, begs leave to give notice, that she will be happy to furnish illustrations for Works on Natural History. Miss A. M. has had much practice in making Drawings of subjects in Botany, Conchology, &c. and holds recommendations from Naturalists of high reputation in this country and in Europe. Miss Agnes Mitchell likewise gives Instructions in Drawing and Painting." Not only does her contact information through the publisher Wiley & Putnam follow, but she even supplied her home address in Brooklyn, New York.

In geology, Orra White Hitchcock created nearly 1,500 works for her husband’s geological publications and use in the classroom and on tour. In England, Mary Morland Buckland, Mary Horner Lyell, Lydia Falconer Miller, and Charlotte Hugonin Murchison all made illustrations for their husbands’ geological works, often accompanying them on field trips and being true partners in the work while also carrying on their own scientific studies. Mary Ann Mantell helped her husband with his paleontological work, but it was an unhappy marriage, and she seems not to have continued the work after they separated. Mary Anning is well known today for her work in paleontology on the south coast of England. During the same period, Etheldred Benett collected and studied the fossils and shells of southwest England. Gideon Mantell and William Buckland held her work in high regard. Of this group, only Mary Buckland and Lydia Miller had children.

Women’s names do not often appear in 19th century scientific publications, but quite a few women wrote on the natural sciences. In England, Jane Marcet became famous for her “conversations” series for children, which included chemistry and natural history among a wide range of topics. The English botanist Anna Atkins (1799-1871) produced the first book illustrated with cyanotype images, in this case, of algae, in 1841. In New York state, Susan Fenimore Cooper (daughter of the author James) published Rural Hours anonymously in 1850, illustrated with her own delicate watercolors of local plants and animals. Mary Albertson (1838-1914) worked in astronomy and botany. Eliza Frances Andrews (1840-1931) wrote two botany textbooks. Graceanna Lewis worked in ornithology and zoology and had her work published in reputable journals. Charles Darwin was impressed with Mary Treat’s (1830-1923) knowledgeable observations of carnivorous plants and accepted her conclusions over his own.

A few adventurous types traveled into wild and lonely places as they pursued their chosen field. In Colorado, Martha Maxwell ventured into wild areas alone to hunt animals in order to study and create prize-winning taxidermy displays. Annie Alexander had enough personal fortune to buck tradition and become a field paleontologist, roughing it in environments from Alaska to Arizona. Kate Furbish (1834-1931), Kate Brandegee (1844-1920), and Alice Eastwood (1859-1953) all not only contributed significant work to botany, but also to women’s place in scientific professions. Florence Bascom (1862-1945) was the second woman in the United States to earn a Ph.D. in geology and accumulated a number of other "firsts" in that field over a productive lifetime, including significant time spent in the Appalachian Mountains.

Over the long arc of a century and a half, women's participation in the natural sciences went from carefully chaperoned endeavors considered appropriate for ladies to greater independence, greater physical challenges, higher levels of education, and greater participation in scientific societies, publications, funded research, and the general work of scientific enterprise. Some barriers simply changed form and remain today, but some were truly broken down, offering women far better opportunities today to work in scientific fields.