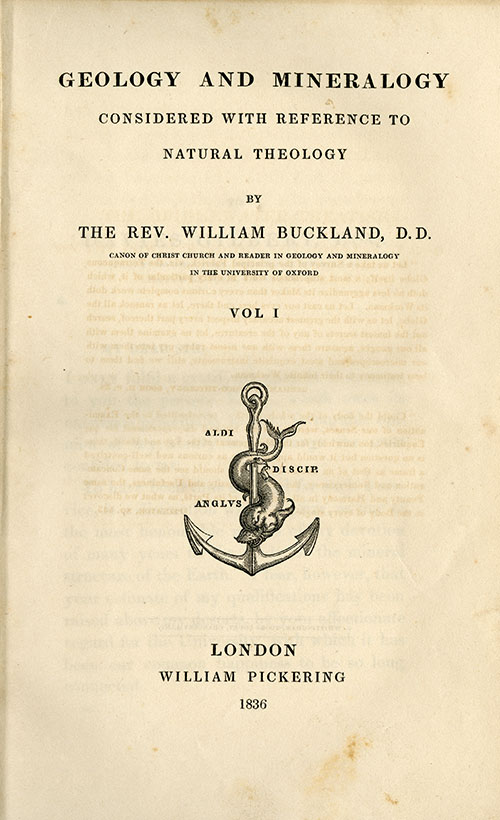 Funded through the estate of the Earl of Bridgewater in 1829, the Bridgewater Treatises were a series of books in which prominent religious and scientific figures demonstrated how the sciences and the Christian Bible were in harmony with one another: "the Power, Wisdom, and Goodness of God, as Manifested in the Creation; illustrating such work by all reasonable arguments, as for instance, the variety and formation of God's creatures in the animal, vegetable, and mineral kingdoms; the effect of digestion, and thereby of conversion; the construction of the hand of man, and an infinite variety of other arguments; as also by discoveries ancient and modern, in arts, sciences, and the whole extent of literature." Each volume was expensive, and the series was beyond the purse of most people, so the treatises were not as popularly successful as hoped, but they were nevertheless highly influential and much discussed in educated circles.

The authors were chosen by the president of the Royal Society, the Archbishop of Canterbury, and the Bishop of London to write about astronomy, botany, zoology, geology, physics, and chemistry. The books addressed scientific morality within the framework of Natural Theology, which emphasizes divine design—how natural resources are readily available for human use—and God's ongoing direct activity in the natural world. A scientist with whom Edward Hitchcock corresponded, William Whewell, wrote on astronomy. The author of the book on physiology was Peter Mark Roget, best known today as the creator of the famous thesaurus. William Buckland took on the topics of geology and paleontology. Despite his impeccable Christian credentials, he was accused by some of infidelity, because he was willing to interpret the Bible metaphorically, for example, in imputing vast swaths of time to the "days" of creation as described in Genesis.