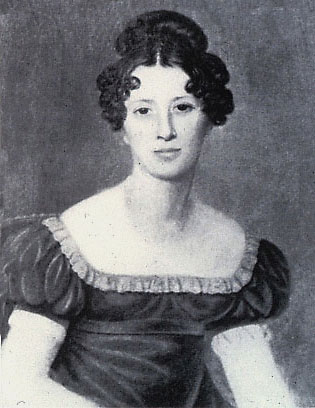 Mary Ann Mantell (1799-1847) was the wife of Dr. Gideon Mantell. According to legend, she found a fossilized tooth while waiting for her husband one day, which turned out to be the first evidence of an entirely new creature, the Iguanodon. Some scholars say that her husband found the tooth on his own. As is so often the case, no one wrote the story down at the time, so the answer will never be known. In any case, Mary Ann began collecting fossils for her husband, accompanied him on collection trips, and illustrated his works. She was a very good artist who did superb work in pen and ink.

Unfortunately, the marriage was unhappy. Mary Ann Mantell eventually left her husband for neglecting her in favor of his beloved fossils. He continued to support her and they remained in contact, but never lived together again.