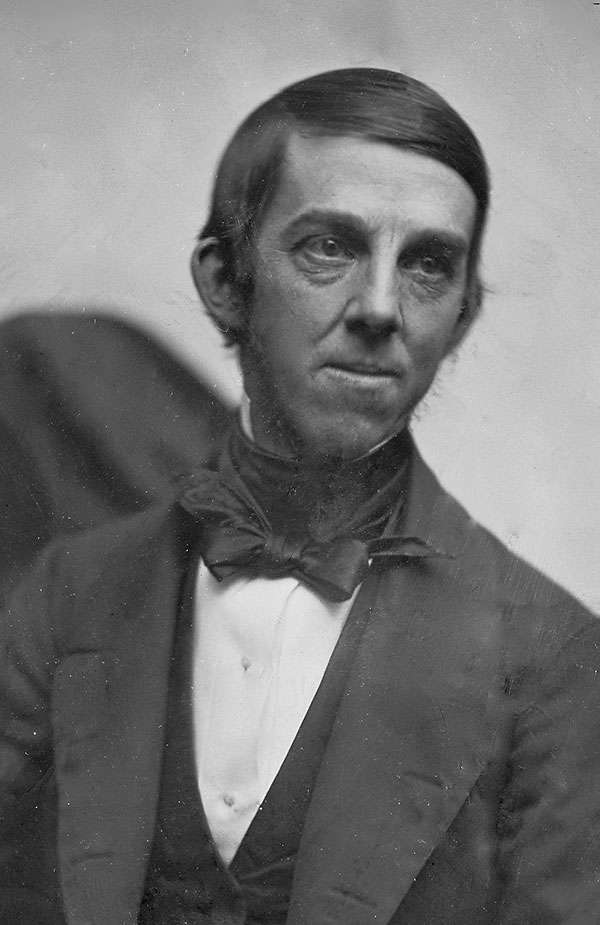 Oliver Wendell Holmes was born in Cambridge, Massachusetts, and lived in Boston for most of his life. He came from a distinguished family whose American roots extended back to the early days of English settlement. He began writing poetry in his teens and continued to do so for the rest of his life. His friends included Henry Wadsworth Longfellow, Charles Chauncy Emerson and his brother, Ralph Waldo Emerson, Margaret Fuller, James Russell Lowell, Herman Melville, and Nathaniel Hawthorne. He published frequently in the then relatively new Atlantic Monthly magazine.

From 1848 to 1856, Holmes and his wife and children summered in Pittsfield, a charming town in the Berkshires of western Massachusetts. The road between Boston and Pittsfield goes through Greenfield. On at least one occasion, he stopped in Greenfield, known because of his signature in the Visitors' Book for Dexter Marsh's cabinet. In a digression from talking about England in Our Hundred Days in Europe, published in 1887, he wrote: "The most interesting geological objects in our New England that I can think of are the great boulders and the scratched and smoothed surfaces of the rocks; the fossil footprints in the valley of the Connecticut; the trilobites found at Quincy."

He is best known today for his reputation in literature and poetry. However, one of his most important contributions as a physician was to women's health. Thousands of young women were dying unnecessarily from what was called childbed fever (or puerperal fever) within days of giving healthy birth. When he heard of a physician who died a week after performing a post-mortem examination of a woman who had recently given birth and died of this disease, he investigated and came to believe that not only his friend, but many women were dying because the doctors were not washing their hands between visits with patients. Holmes's reputation for poetry and literature outshone his fame as a physician, however, which opened him to unwarranted ridicule from physicians who refused to believe that they were carriers of deadly disease.