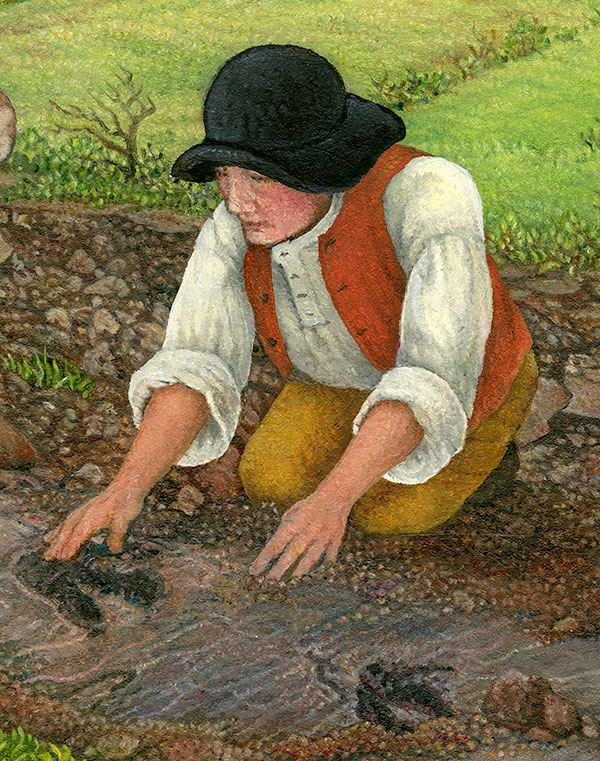 Pliny Moody was born in South Hadley, Massachusetts, into a family with deep roots in the area. He attended Middlebury College in Vermont, intending to join the ministry. (One of his close friends and roommates while at Middlebury was Pliny Fisk, one of the first missionaries sent overseas by the American Board of Commissioners for Foreign Missions.) Pliny Moody inherited the family farm when his older brother died suddenly, so Pliny returned to care for his aging parents and continue farming. He married Eliza Pomeroy of Southampton, Massachusetts. They raised two children. Pliny died from a wagon accident in 1868.

We know of Pliny today because in 1801 or 1802, when he was about 12, he found fossil footprints on his father's farm. He dug them up and took them up to the house, where the family treated the slabs of tracks as a curiosity, using them as a door step. They did not recognize the tracks as objects of scientific interest. Geology had not quite yet taken hold as a topic of popular interest the way it had 30 years later, when a laborer found similar tracks in Greenfield, Massachusetts, about 30 miles north.