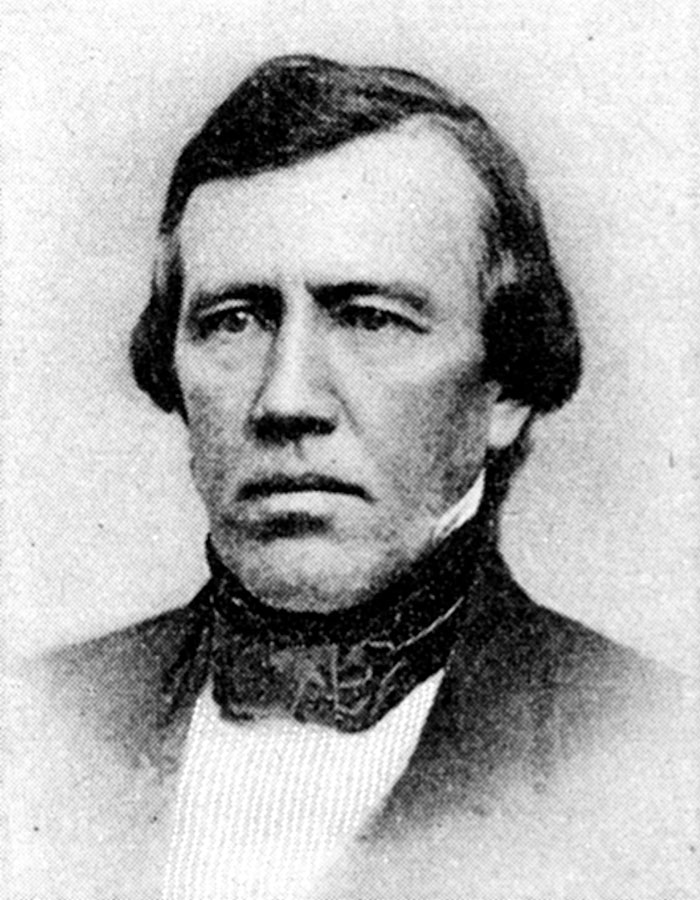 James Deane was one of the earliest to write about fossil dinosaur footprints. In the history of their discovery, he is known primarily for his beautifully illustrated book on the subject, Ichnographs from the Sandstone of Connecticut River, and for his argument with Edward Hitchcock, of Amherst College, over which of them should receive credit for priority in the discovery of birdlike fossil footprints. Unfortunately, whatever papers he might have left behind have not survived, so records about him are very few. Historians must rely on his published works on the footprints and in medicine, mentions in the Proceedings of the Boston Society of Natural History, and a brief biography written shortly after his death as a eulogy by Dr. Henry Ingersoll Bowditch.

Deane was born in 1801 to a farming family in Colrain, a small town in western Massachusetts, with Vermont on the border to the north. He was the youngest of eight children, three of whom died young. The farm was somewhat remote and lonely, so the occasional appearance of visitors from the outside world was a special event. Bright and eager to learn, he walked several miles each way for tutoring in Latin from a local lawyer. He later spent a semester at Deerfield Academy, about 15 miles away.

In his late teens, after his mother died, he tried moving to Boston, but, overwhelmed by city life, instead moved to Greenfield, near Colrain, around 1820 to apprentice as a lawyer with a Greenfield attorney, Elijah Alvord. After two or three years, Deane decided to go into medicine instead of law. The Alvord family liked him a great deal, so he continued to live with them while studying with a physician, Amariah Brigham. At a time when some doctors still trained entirely through working with an experienced physician, Brigham was college-educated and may have encouraged Deane to take the same route. In 1829, Deane moved to New York to study at the College of Physicians and Surgeons, then part of Columbia College (today, Columbia University). He returned to Greenfield in 1831 to establish his medical practice, in which he became widely respected.

He married Mary Clapp Russell (1811-1871), the youngest daughter of a locally prominent family, on October 3, 1836. They had three children together, Mary (1839-1873), Alice (1842-1926), and Grace (1854-1907). A highly creative man, he played piano and is said to have built an organ "so perfect, that it was purchased of him." He became interested in growing silkworms to produce silk, a popular effort at that time in the region, but it was not successful in the long run. He learned how to take photographs when it was still a brand-new technology and used the techniques to make images of the fossils he collected.

When his neighbor Dexter Marsh showed him a slab of rock with what appeared to be fossil bird tracks embedded in it, Deane wrote the state geologist, Edward Hitchcock, professor at Amherst College. Despite Hitchcock’s initially skeptical response, Deane persisted in sending letters to persuade him that the tracks had been made by a living creature and were not due to some other geological process. The story of this discovery and of the eventual rivalry between Deane and Hitchcock is covered in the stories on this site, particularly in Whose Discovery Was It?

As a physician, he published numerous articles and kept up with the latest developments in his field. Through the Boston Society of Natural History, he knew Dr. John Collins Warren, who conducted the first surgery using ether as anesthetic, on October 16, 1846. Less than a year later, Deane used ether on his patients undergoing amputations. He was also among the first to use chloroform for the similar purposes. As a member of the relatively new Massachusetts Medical Society, he was frequently irritated with what he saw as its snobbish and hide-bound rules and procedures. He was apparently not a man to sit back; a long, angry letter about the MMS's insensitivity to the needs and interests of its western membership, and its great expense for little in return, resides in the archive at the Countway Library of Medicine, in Boston.

Deane died of typhoid fever, a bacterial disease spread by contact with contaminated food or water, in 1858. He left behind him fully prepared illustrations and photographs for his book, but the unfinished text had to be completed by colleagues, including Roswell Field and Edward Hitchcock. Most of the writing was done by Thomas Bouve, president of the Boston Society of Natural History (which grew into today’s Boston Museum of Science). The book was published by Little, Brown Publishers under an arrangement with the Smithsonian Institution in 1861. According to the Smithsonian, it is the second American work to use photographs as scientific illustration, and the first to make extensive use of them. Interestingly, the first book in this country to use photographs scientifically was by John Collins Warren and was also about the fossil footprints of the Connecticut River Valley.