The Rise of Geology in the Early 19th Century 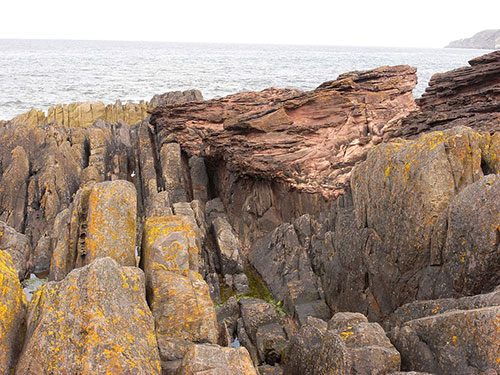 During the time of Edward Hitchcock, geology was not yet a separate discipline. There were no departments of geology, not even courses in geology in common schools, academies, or most colleges. In fact, Hitchcock was one of the first to teach the subject, and he wrote one of its earliest textbooks in the United States.

From the mid-17th century, and at an increasing rate during the 18th and 19th, theologians, naturalists, and academics in Britain and Europe were concerned with geological questions. New knowledge was being gained from global exploration and exploitation. As canals were dug, deeper building foundations built, and the pace of mining quickened under the demands of growing industrialization, new observations were made, raising new questions.

In Germany, France, and Italy, field observations of rock formations and advances in chemical analysis of rocks led to questions about how each type of rock was formed, and why it appeared where it did, and in which order in relation to other rock types. Industrialists wanted to know where the likeliest spots were to find coal or the minerals they needed to produce goods.

In 1809, William Maclure made a broadly general geological map of the United States as it was at the time, as far as the Mississippi River, using only five basic rock categories from the German Abraham Gottlob Werner's geological scheme. In England in the early 19th century, the surveyor William Smith noticed while excavating canals that certain rock formations continued for great distances and could be recognized by the distinctive types of fossils found in each layer. Smith created the first geological map of England in 1815, showing where different rock formations appear, where lead, copper, tin, and coal were mined, and where there were coal fields that could be opened for mining.

Competing systems of explanation arose. Was the world created quickly (through catastrophes) or slowly (at a more or less uniform rate)? Was water or heat the more important element in Earth's creation? Speculative "theories of the Earth," which all had a theological origin, gave way to empirical observation and experimentation to answer such questions.