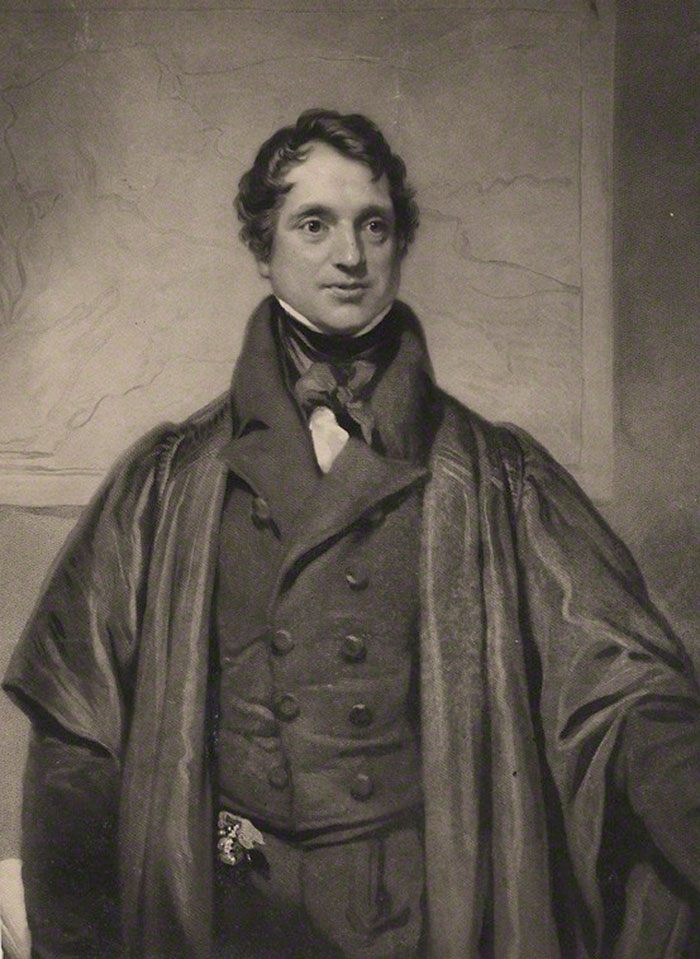 Adam Sedgwick was an English geologist and paleontologist. He studied at Trinity College at Cambridge University and went on to become Woodwardian Professor of Geology at the university.

Sedgwick was a very popular speaker who allowed women to attend his lectures. While at the university, he did research in many parts of Great Britain and he greatly expanded the university’s collection of geological specimens. He became president of the Geological Society of London in 1829 and a vice-master of Trinity College in 1845.

Together with geologist Roderick Murchison, Sedgwick created the Devonian System, based on studies the two men conducted in Devonshire in southwest England. Based on their studies in Wales, Murchison then designated a new set of fossils as the Silurian System and Sedgwick designated a system beneath the Silurian as the Cambrian. Because the Cambrian System overlapped the Silurian, Murchison claimed that the two systems were the same, which ruined the friendship between the two men, as both wanted the honor of having designated the oldest fossils on Earth located in the Cambrian System. A resolution was finally reached in 1879, after the deaths of both Murchison and Sedgwick. The two systems remain distinct and a third system, called the Ordovician, was created by a colleague of Sedgwick’s.

In 1831, Sedgwick took on a young Charles Darwin as his field assistant. It was the start of a friendship that would last for the rest of Sedgwick’s life, even though he would disagree with Darwin’s theory of natural selection. Sedgwick agreed instead with the French naturalist Georges Cuvier, that catastrophic events (which Cuvier termed “revolutions”) brought about changes to the Earth, rather than the gradual change espoused by the geologist Charles Lyell. While Sedgwick at first believed in the idea that "drift" phenomena were the result of the Biblical Flood, he eventually accepted that they were the result of glaciers scraping and then depositing layers of rock on the Earth. However, he also believed that while the Earth was indeed quite old, a Divine power had played a part in its creation.