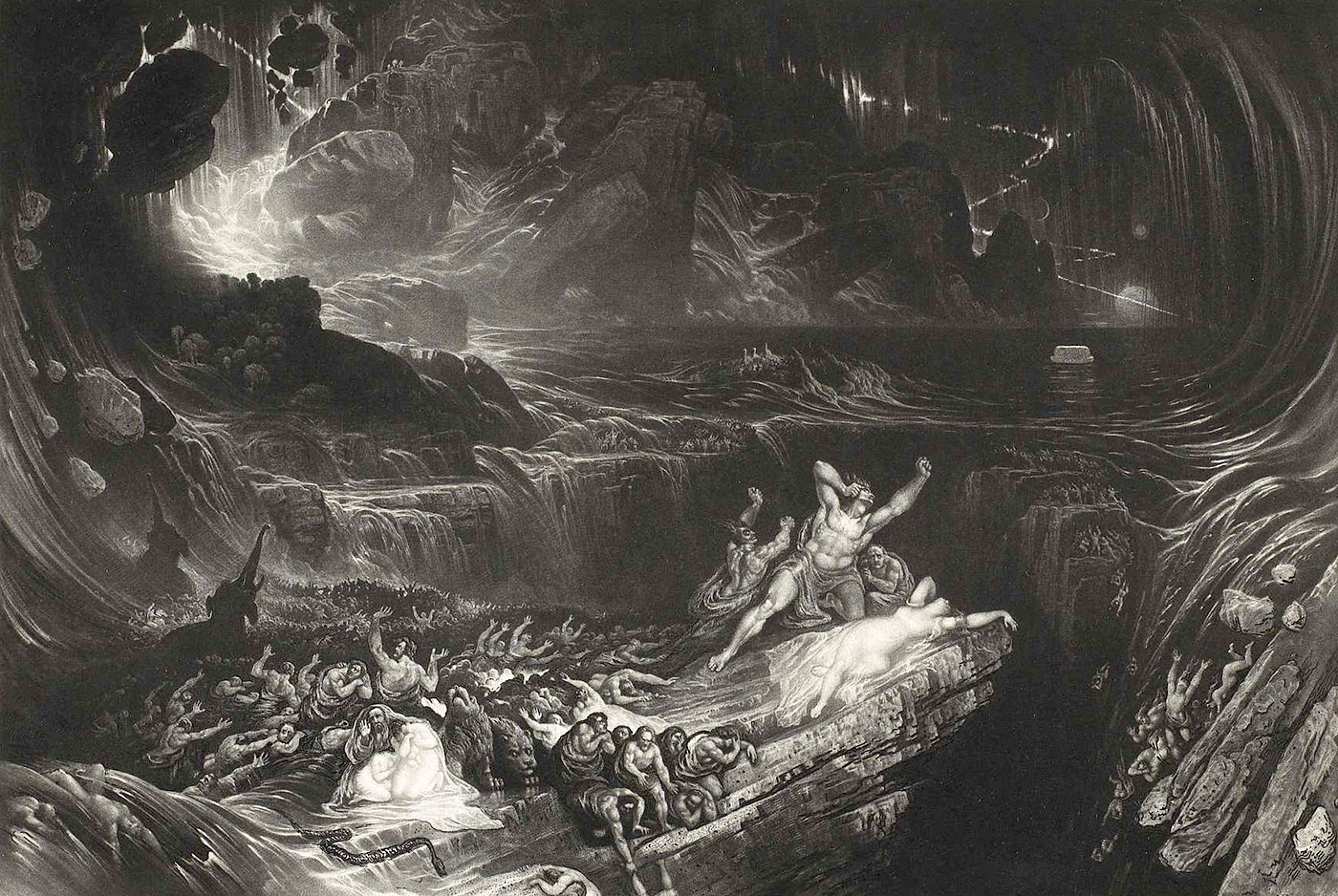 “Is not the God of revelation the God of nature also? And must not his varied works tend to sustain and elucidate, instead of weakening and darkening, one another?” (Edward Hitchcock, The Religion of Geology and Its Connected Sciences, 1854).

Edward Hitchcock admitted no doubts about the answer to these questions:  God was author of both Scripture and nature and hence a contradiction between the two works was impossible so long as both were understood properly. A less curious thinker might have left it at that and moved on to more pressing business. To be sure, some of Hitchcock’s fellow Yankees barely cast a casual glance to heaven and no doubt found the very idea of relating science to religion idle speculation. But for Hitchcock the singularity of truth was a fundamental precept. It anchored his scholarship and integrated activities that otherwise might seem hopelessly disparate, such as, prosecuting geological research and teaching the gospel.

Hitchcock was hardly unique for holding such a conviction. His fellow scientists, including such luminaries as Harvard’s Josiah Parsons Cooke and Yale’s James Dwight Dana, turned their pens to harmonizing science and religion. In Britain, even brighter stars, including William Buckland of Oxford and Adam Sedgwick of Cambridge, undertook similar work. Throughout the English-speaking world, education bespoke an even broader commitment to the oneness of knowledge by offering students a common learning that united Athens and Jerusalem—a curriculum, that is, which moved from mathematics and ancient languages to the principles of the natural sciences and ultimately to capstone courses on natural and moral philosophy.

The aim of unification, of course, is a recurring ambition in western thought and has found expression in works as diverse as they were influential: Plato’s Timaeus, Aristotle’s encyclopedic treatises, Thomas Aquinas’s Summa Theologica, Descartes’ Principles of Philosophy, and Leibniz’s Theodicy. Hitchcock’s efforts, expressed in essays, reviews, and his weighty Religion of Geology, belonged, however, to a more specifically Anglo-American tradition that flourished in the 18th and 19th centuries: natural theology. Animated by both a love of nature and faith in God, scientist/divines looked to science to explore God’s properties and to illustrate his powers. Even as secular thinkers such as Auguste Comte and Karl Marx were seeking to root knowledge in science and relegating Scripture and traditional religions to the ash bin, Hitchcock and fellow scientist/divines were redoubling their efforts to show that the torrents of new knowledge arising from the growth of science ought to carry reasonable thinkers toward religious belief.

Precisely what beliefs? The “theological” side of natural theology covered a broad spectrum. At the minimalist end theism shaded over into a kind of generic deism. Nature was said to testify to divine action simply by its existence and its lawfulness. Why should there be something rather than nothing? And how could nature have laws without a law-giver? This stripped-down version of natural theology satisfied few. Sceptics such as David Hume had challenged both the necessity of a creator/law maker and the certainty of natural laws. Serious theists such as Hitchcock saw nothing specifically Christian about a law-giver God. How could a remote law-giver be squared with Biblical testimony to miracles, the efficacy of prayer, and the engagement of God in the story of mankind? The God of the Bible governed nature, but Scripture said that he did much more.

A more recognizably Christian picture emerged from the venerable “argument by design” that was best framed by the Anglican clergyman William Paley at the beginning of the 19th century. Building upon his famous analogy between a watch and organic beings, Paley vigorously insisted that the integration of materials and parts finely attuned to specific purposes is irrefutable proof of intelligent design. Just as the components of the watch are obviously fashioned to measure time, and hence, reflect the purposes of an intelligent craftsman, so too, he maintained, the organs and tissues of a living creature are clearly arranged to perform such functions as sensation and reproduction and likewise afford evidence of purposive intellect. Similar evidence for design, he showed, could be discovered at every level of organic nature, from the structure of organs such as the eye to the mutual adaptations and interdependencies of what today would be called “ecology.” Neither blind chance nor any vague “principle of order” could explain the exquisite and intricate design of nature. A fair-minded consideration of the scientific evidence, Paley concluded, could only lead to the conclusion that nature had an author who fashioned living beings to achieve the greatest possible harmony and happiness.

Hitchcock, and many other English-speaking scientists, accepted the argument by design as the main nexus between natural and revealed knowledge, but went yet further. Science, Hitchcock wrote in his Religion of Geology, “enables us more correctly to interpret some portions of the Bible; and then, when we have admitted the new interpretation, it brings a flood of light upon the plans and attributes of Jehovah." Geology, for example, illuminated obscure Biblical references to a pre-Adamite time by showing that destructive agencies, including water and fire, periodically purged the animate world, with each episode leading to a restocking with organisms more complex than their predecessors and better suited to a cooling planet. This progression, Hitchcock suggested, was prologue to the most recent era of creative energy, the Scriptural six days, when God created extant species, including humankind. By extending human understanding of time into a distant past and by informing us of the hundreds of thousands, perhaps millions, of distinct species that have populated the earth, natural history vastly enlarged human understanding of the scope of divine powers. Our “conceptions of God's power, wisdom, and benevolence,” he wrote in the Religion of Geology “cannot but enlarge in the same ratio as our views of his works."

These views placed Hitchcock in the main stream of Anglo-American thought during the 1840s and perhaps even the 1850s. But by linking his religious beliefs so closely to natural knowledge, Hitchcock purchased unity at the cost of risk, as some theologians full-well recognized. The argument by design remained powerful only in the absence of more naturalistic explanations of adaptation and ecological interdependencies. Likewise, the vast succession of living forms whose fossils populate the sedimentary rocks could be taken as strong evidence of divine craftsmanship only so long as the origin of species remained mysterious.

Charles Darwin’s theory of evolution by natural selection did not completely shut the door to natural theology when it appeared in 1859. Some determined theist/naturalists such as Harvard’s Louis Agassiz simply rejected Darwin’s arguments outright, although their numbers dwindled rapidly. Others, such as Harvard’s Asa Gray, continued to look for a unity of religious and scientific truth in variations of the law-giver argument. But Darwin’s theory, and the picture of nature that it supported, offered little room for the more thoroughgoing union of scientific and religious truths that Hitchcock had articulated. Natural selection, as portrayed by Darwin, molded living forms extemporaneously. It admitted no goals or aims other than survival and reproduction, explained speciation in terms of the gradual accumulation of variations useful to their possessors in the struggle for survival, and ultimately granted no special status to humankind in nature’s history. Hitchcock lived long enough to learn of Darwin’s theory, but not so long as to formulate a thorough response. Perhaps fortunately so, as it preserved him from having to choose between his life-long faithfulness to science and commitment to natural religion.