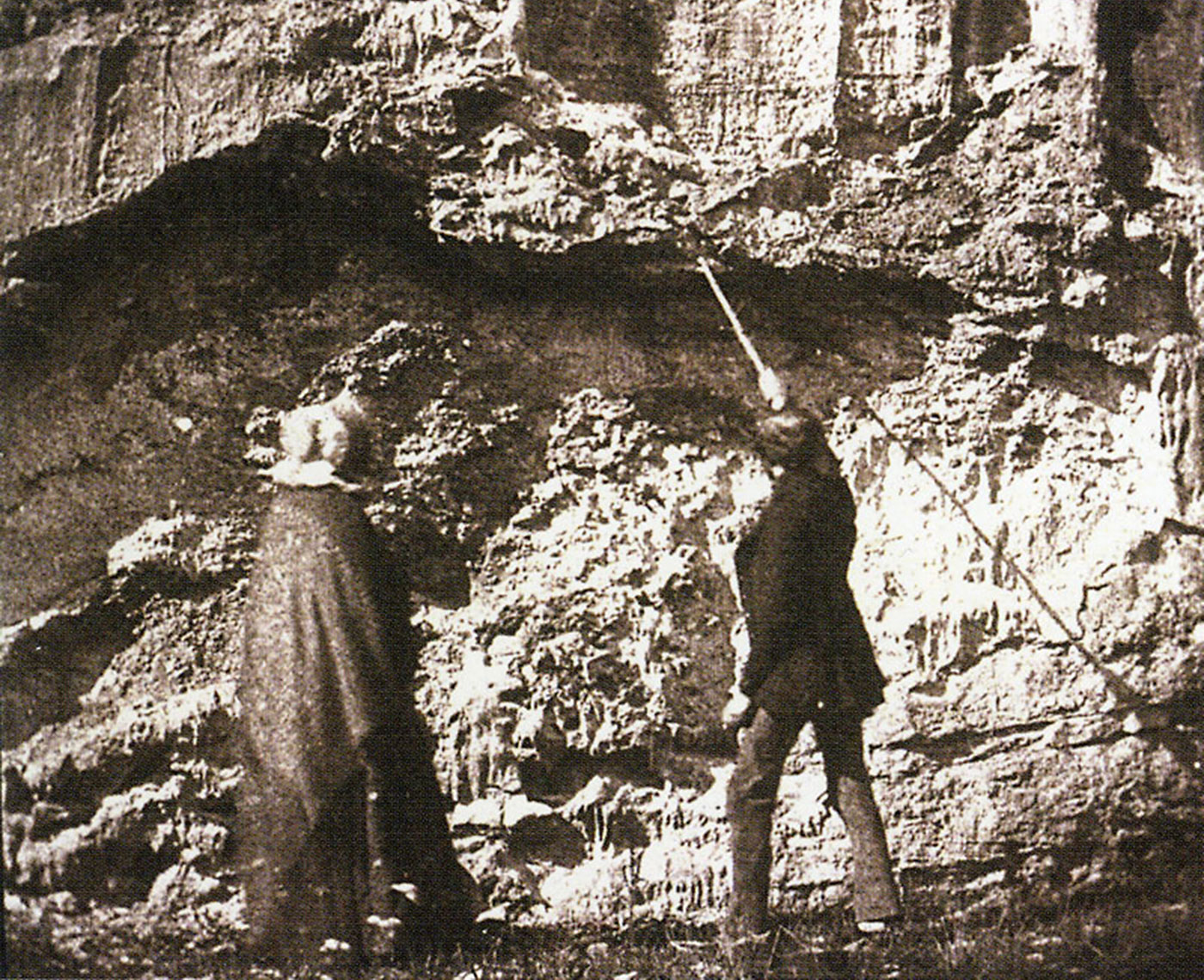 Even by the standards of mid-19th century America, where ambitions often outran the means to realize them, one of the historical figures in the story told on this website, Dexter Marsh, was an unlikely agent of scientific advance. Many laborers no doubt aspired to move up in the world, but who could imagine being carried there by fossil footprints?

It would be easy and not entirely wrong to read Marsh as an exceptional character, as unusual as the tracks that he collected and studied. But peculiar as are the details of his story, an interest in nature was broadly shared by his contemporaries. Alexander de Tocqueville, who toured America shortly before Marsh first noticed a fossil track, was struck by this, among other aspects of American civilization. In America, he reported, all manner of citizens took interest in science whereas in Europe it was cultivated by old elites. For Tocqueville, this was a corollary of Americans’ rough equality of condition.

"As soon as the multitude begins to take an interest in the labors of the mind, it finds out that to excel in some of them is a powerful method of acquiring fame, power, or wealth. The restless ambition which equality begets instantly takes this direction as it does all others. The number of those who cultivate science, letters, and the arts, becomes immense…."

The outcomes were not always pretty. While encouraging interest in nature among the many, egalitarianism, in Tocqueville’s view, coarsened science by focusing it on what was profitable or sensational and by breeding a haste and shallowness of understanding that were antithetical to excellence. The cabinet of curiosities could be but one slippery rung above the carnival side show.

Science in the Land of the Yankees

Tocqueville plainly doubted whether Americans would anytime soon contribute to the higher reaches of science. But if a widely diffused curiosity could degenerate, it could also ascend. America—even long-settled regions such as the Connecticut River Valley—offered a multitude of as yet unrealized opportunities to study nature—its abundant flora, its diverse land forms, and its turbulent weather. A stray spark—contact with a more learned relative, the gift of a handbook of botany, a stirring lecture by an itinerant speaker—might ignite curiosity and even, among a few, an obsessive passion for study and exploration. The collection of plants, beetles, minerals, and even bird eggs had already become fashionable in England and was becoming so in America as well—expressed on a grand scale in the Herbaria (1842) and Museum of Comparative Zoology (1859) of Harvard and the more humble collections that many small-town doctors and ministers assembled as a pastime. Natural history could qualify as a gentlemanly avocation, but it also spoke to a Puritan desire for rational and uplifting entertainment and a Yankee conviction that natural knowledge could bring material benefits to its possessors and their communities.

We don’t know much about Marsh’s motives for collecting, although it is probably safe to suggest that they were mixed. Participation in the making of a significant find in natural history was a rare distinction for a working man. His museum in Greenfield, Massachusetts, brought local celebrity, and even accomplished naturalists from Boston, New Haven and beyond sought Marsh out to gain access to his fine collections. Footprinted rocks could thus bring social capital. They also brought a more tangible form of capital, realizing several thousand dollars for the estate of this quarryman-sexton-laborer who had worked for little more than a dollar a day.

Collecting brought Marsh distinction and may have marked him as a man of learning in the eyes of his Greenfield neighbors, but his accomplishments did not qualify him for entry into what the astronomer Simon Newcomb would later dub “the world of sweetness and light,” the full fellowship and respect of those who were starting to call themselves “scientists.” American society seemed remarkably level to Tocqueville, but even in the era of Jacksonian democracy, learning counted. Marsh, of course, understood this. Without some validation from his local physician, James Deane, Marsh is unlikely to have commanded Hitchcock’s attention, and, without Hitchcock’s interest, it is unlikely that the Valley’s fossil footprints would have secured notice in London. The series almost perfectly captures the hierarchy that existed in antebellum American science.

The hierarchy was not based on wealth or birth, although both could help enormously. Nor did it always mirror formal schooling, although this, too, could be a great advantage to the aspiring naturalist. Rather, scientific standing reflected personal qualities such as imagination, intensity and perseverance and, above all, the knowledge and skills prized by the leaders of science in the great metropolitan centers of Europe. In geology circa 1840, for example, this meant a grasp of the instruments and mathematics necessary for preparing topographical and geological maps, some skill in drawing land forms, the ability to identify and properly name minerals and rock formations, and an understanding of the stratigraphical column—the grand geological history of the earth’s crust as ordered by the typical fossil content of its rocks. Above all, the competent geologist needed a combination of experience and imagination necessary to move from the visible to the invisible, that is, to infer the history of an area from the scattered clues available to the eye.

There was, as yet, no prescribed path for securing these and the other desiderata for becoming a geologist or a scientist more generally.  Hitchcock, like most naturalists of his generation, learned through a combination of formal schooling and private study. Academies, such as the one which Hitchcock attended at Deerfield, Massachusetts, provided general grounding in the classics and basic mathematics. Colleges, such as Harvard, which Hitchcock studied for but ultimately could not enter, layered on generous helpings of languages, mathematics, and natural science. But none of these institutions conveyed much sense of how to work as a creative scientist in the field or laboratory. Here the key was to find instruction from others who had themselves already made this difficult passage. Hitchcock put himself under the wing of Yale’s Benjamin Silliman who, in turn, had prepared himself to teach and practice science by studying in Edinburgh. Although Hitchcock spent less than a year with Silliman, it was enough to launch his successful career as a professor and geologist. His formal instruction, limited as it seems in retrospect, placed Hitchcock among a tiny elite of American scientists. According to one survey in 1846, only one in five of those teaching science in American colleges or working in America's handful of scientific institutions had pursued specialized study in science.

This catch-as-catch-can sort of education was the norm in medicine and law as well as science. It met antebellum America’s basic needs for expertise and occasionally yielded surprising results— as with Hitchcock, or his even more famous contemporaries, the physicist Joseph Henry, who shared with Michael Faraday claim to the discovery of electromagnetic induction, and Asa Gray, Darwin’s trusted friend and founder of the Harvard Herbaria. But by the time this generation passed from the scene following the Civil War, science was becoming more the vocation than the avocation, more the profession than the calling.  Specialization, already well underway in Hitchcock’s era, drove investigators toward increasingly esoteric tools and more intensive preparation. Graduate degrees and especially the Ph.D., rarely awarded before 1870, became practically a license to practice science by 1900. Paths toward careers in science, once almost impossible to chart, became well-traveled roads. And as institutions of science expanded and evolved, the distinctions between amateur and professional became more firmly fixed. The right to enjoy the products of science belonged to everyone; claim to the title of “scientist” belonged to those who were properly initiated.