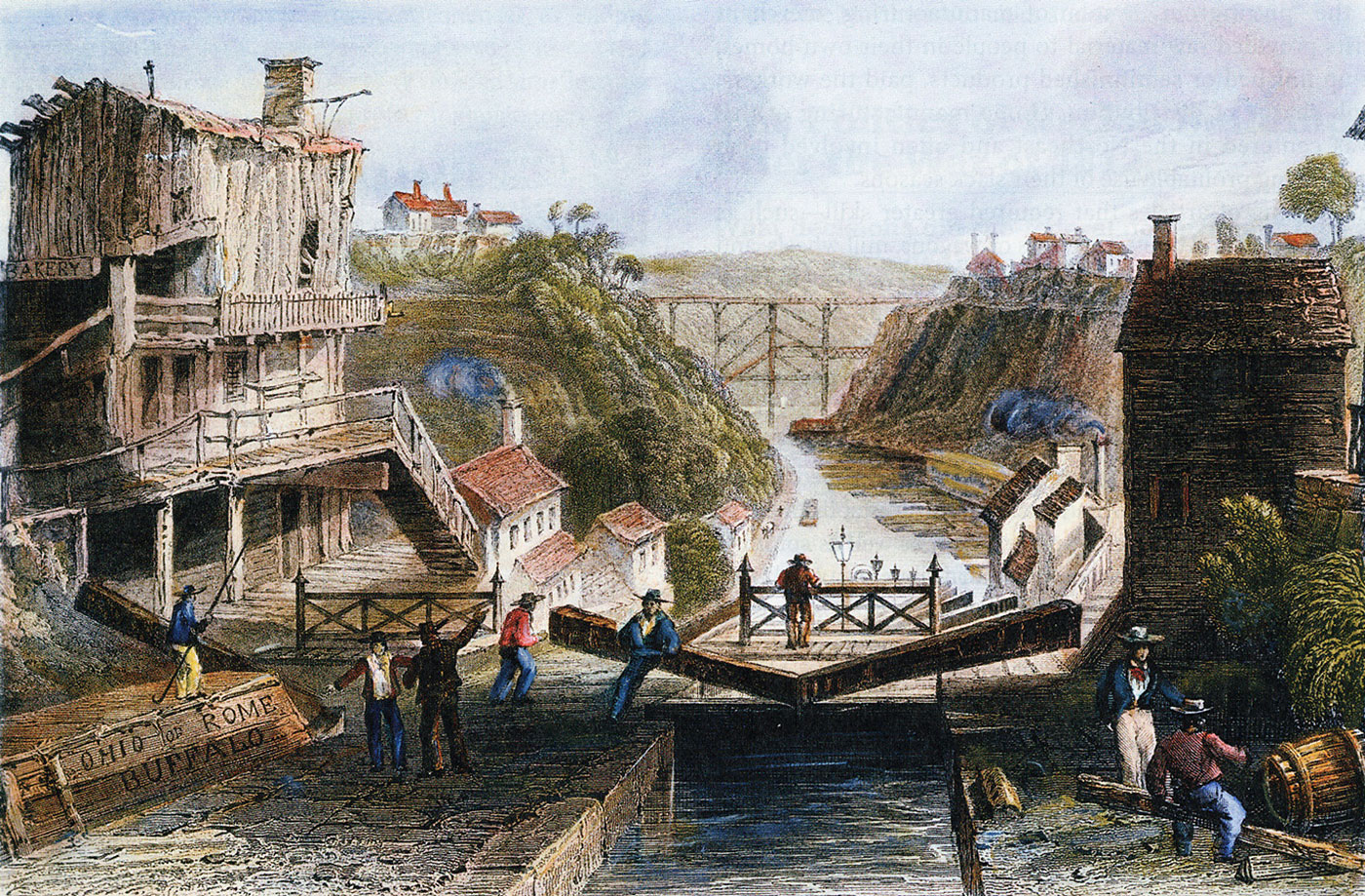 One of the key figures in the discovery of Jurassic remnants in the Connecticut River Valley, Edward Hitchcock had a reputation as an old-timer. His students at Amherst College were struck by his “Calvinist” belief in human depravity and his “Puritan” insistence that God ruled all things. Such ideas were often associated with poor and pious country folk, and in many ways Hitchcock was a product of such values and settings. Yet he was no less famous for his dynamic teaching methods and scientific expeditions, for taking his students to nearby mountains and river beds in search of fossils and footprints. He was, after all, the state geologist of Massachusetts as well as a professor of chemistry and natural history. For him, science and religion fit together, the one confirming the other. For him, the Amherst region and greater New England were lighting the way.

And there was much work to be done. The golden age of Yankee science was also a time of political marginality for Yankees, on the national stage at least. Starting with the defeat of native son John Adams in his re-election bid of 1800-1801, and continuing except for a brief period (1825-1829) under Adams’ own son, John Quincy, the southern-leaning party of Thomas Jefferson and Andrew Jackson held the White House. The War of 1812 sealed New England’s fate: the region’s favored party, the Federalists, first opposed the war and then flirted with secession while the rest of the Union cheered Jackson’s victory at New Orleans. Just nineteen years old when the war began, Hitchcock lamented that it would lead the United States away from “the Fathers of New England.” This made him even more determined to make New England more knowledgeable, pious, and prosperous in the years that followed.

Indeed, the second quarter of the 19th century was a period of remarkable creativity in Hitchcock’s world. It was the age of the Transcendentalists and the Abolitionists, of Ralph Waldo Emerson and Henry David Thoreau, of early industrialism and moral reform. Pushed off the national stage, New Englanders focused on their own states, towns, and villages. They made new partnerships between the public and the private, encouraging advances in science and technology and assuming, as Hitchcock did, that Nature’s secrets revealed God’s generosity. Especially important in this respect were broad changes in transportation and education.

New England towns had long seen road-building as a matter of local need. Townsfolk decided which paths and roads had to be built or extended, so that their fast-multiplying families could “go to market.” Farmers tended to balk at greater expenses on behalf of larger, more abstract publics. Beginning around 1790, however, small numbers of town boosters, encouraged by the ratification of the U.S. Constitution and anxious to put their communities on the map, began to charter turnpike companies. These were wider than town roads and graded so that rain and snow would slide off their sides. They were also much longer, connecting not just neighborhoods but also towns and cities.

About 170 turnpikes were built in New England in the two decades around 1800. Many others appeared in New York and Pennsylvania, fewer in the South. By the time Edward Hitchcock and his wife moved to Amherst in 1828, these roads had reduced transportation costs by 50% through much of the northeast, integrating farms and neighborhoods as never before into the wider economies of North America. Still, travel by land was slow and hard, especially before the arrival of railroads in the 1830s.

Canals offered a new alternative. A 30-ton barge pulled along the still, shallow waters of a canal was as easy to move as a 3-ton wagon on a turnpike. The Merrimack Canal, finished in 1803, after ten years of work, connected what became the industrial city of Lowell with Boston. Another mixed public-private enterprise, this project drew national wonder before the much larger and more daring Erie Canal was chartered in 1808, and begun—to much patriotic fanfare—on July 4, 1817. Connecting Lake Erie and the Hudson River across some 360 miles of hills, forests, and streams took eight years. It compelled innovations such as hydraulic concrete, which hardened under water, and new hand drills and explosives to blast through rock. This, in turn, moved the state to pay surveyors to describe alluvial formations, coal deposits, and geological substrata.

One might say that canal construction gave rise to civil engineering. Indeed, the canals themselves became outdoor museums and laboratories, a place for budding scientists to study nature as it was transformed. One New York promoter required copies of a canal survey to be read in his new school; others gave public talks about the botany, chemistry, and even the entomology of the Erie Canal. (One educator was especially interested in how fireflies worked.) Most people celebrated the expansion of American trade and technology as forerunners to Christian progress, if not to the Second Coming. As the hardline Calvinist and well-known geographer Jedidiah Morse enthused, the United States would overcome its vast distances and become “the largest Empire that ever existed.”

Besides quicker access to markets and goods, canals and turnpikes changed the look and feel of the countryside. Clusters of homes, shops, and offices suddenly appeared at turnpike intersections and canal termini. By the early 1800s, dozens of these miniature cities, known as “villages,” dotted the landscape. Rarely more than 10% of a given town’s population, the villagers tended to dominate its cultural and civic life. They fit the classic definition of a bourgeoisie: town dwellers, people of the bourg or metropole.

Edward Hitchcock knew these changes firsthand. Son of an eccentric hatter who had married into a fine family from Deerfield, Edward grew up in a struggling household but a prosperous village. While his father, a devout Calvinist, sold his wares to out-of-town travelers, Edward worked on his uncles’ farms and met important people from across the region. He also listened to the village pastor, a liberal minister who saw people as naturally decent and full of potential, not at all the “worthless reptiles” that Edward’s father described. As a teenager, Edward was at once a playwright, a poet, a philosopher, and an astronomer. An adolescent crisis brought him back to his father’s Calvinism, but he never lost his buoyant faith in progress, nor his keen sense of duty to his region and nation, indeed to God and man.

The key institution that vaulted Hitchcock and so many others out of rural obscurity was the academy, the main educational innovation of the post-Revolutionary generation. These schools built on a deep respect for education in New English culture, which in turn came out of the Puritan demand that every person read the Bible. Yet academies were very different than district schools (which were similar to today's elementary schools). Relying once more on a mix of private donations and state charters, they were physically impressive. Most were two stories tall and about twice the size of a district school. Located in village centers, they also enrolled large numbers of farmers’ children and even some very poor “scholars.”

More importantly, academies embraced their students’ ambition, or what they called the “desire of distinction.” They classed students by ability and held end-of-term exhibitions, during which the best and brightest performed plays and speeches in front of large audiences. In addition to reading, writing, and basic mathematics, they taught advanced English, geography, and history. They encouraged students to study maps and globes, to imagine and locate themselves upon the vast world beyond. Their teachers and supporters were college-educated gentlemen who introduced promising students to scientific journals and instruments. Edward Hitchcock, for one, published some of his first essays after studying comets at the academy.

Just as he was settling into his Amherst professorship in the 1820s, educational reform took on a second wind. Academy graduates had often spread their ideas and techniques to district schools, and yet students still had to pay to attend a place like Deerfield. Why should poorer children miss out? Why not guarantee basic schooling for every child? This idea of education as a social right, not a family or individual choice, took hold first and most strongly in New England, which led the way with mandatory attendance laws beginning in the 1840s.

A range of scientific, literary, and agricultural institutions gave an increasingly educated population more ways to learn. Village Athenaeums hosted public lectures and debates, often about the catch-all field of “Natural History” as well as the smaller branches of botany, geology, and chemistry. Agricultural societies held exhibitions and fairs to showcase the latest, most “scientific” ways to plant corn, grow vegetables, and breed livestock. All of this made the discovery of dinosaur tracks in the Connecticut River Valley a part of the larger culture as well as a remarkable event.

“America is the country of the Future,” Emerson declared in 1844. That same year, Samuel F.B. Morse, son of the pious geographer and a devout Calvinist in his own right, sent a message with his new telegraph machine from Washington, D.C. to Baltimore, forty miles away: “WHAT HATH GOD WROUGHT.” A small gathering of public figures watched in awe, and perhaps in relief—Congress had just granted Morse the handsome sum of $30,000 to finish the job. A Methodist women’s magazine called the telegraph a “noble invention” and a “mighty influence” in the spread of Christian and American civilization.

The next year, Edward Hitchcock assumed the presidency of Amherst College, fearing as he did that it was drifting too far from its moral purposes. Privately he fretted that he, too, was motivated too much by the “love of scientific distinction.” In two addresses given in 1845, however, the old professor betrayed no such reservations about the work of progress. “The more railroads we have the better,” he told the agricultural societies of western Massachusetts. “For they will only bring the market nearer.” In a separate speech about education, Hitchcock scolded parents who kept their children at home and locals who balked at public works. Above all he celebrated the great fact that, in New England if not the entire United States, “the parent does not know what is to be the destiny of his son.”

The 1859 publication of Charles Darwin’s On the Origin of Species has long been featured as the opening shot in a new and ongoing war between religion and science. Certainly the book shook “Natural History” to its core. If the history of life did not begin exactly as the Bible said—if God did not create the heavens and the earth, nor Adam and Eve—then the foundations of truth itself no longer held. What was true was a matter of investigation and skepticism, not faith or gratitude. Reason and curiosity thus led people away from God, and not, as Hitchcock had always told himself and others, towards Him. Hitchcock died in 1864, near the end of the Civil War and just before a new generation of German-trained professors transformed Amherst yet again. For these young scientists of the 1870s and 1880s, the college was a place of empirical investigation rather than moral instruction. The sciences were a diverse array of specialized research areas, not a holistic course in some larger truth.

In an age of industrial capitalism and wage labor, the public-private partnerships in transportation and education that had paved the way for Yankee science seemed quaint and naïve. Swelled by the Civil War and dominated by the business-friendly Republicans of the northeast, the national state now made war on labor unions as well as native peoples. It answered to corporate interests with little sense of connection to individual towns and villages. Unable to understand people like Hitchcock, Gilded-Age Americans reinvented them as “Horatio Alger” individualists who had clawed their way up on their own and who, therefore, owed nothing to anyone. A far cry, indeed, from a man who insisted that each person was responsible for any injustice or sin he might have prevented.